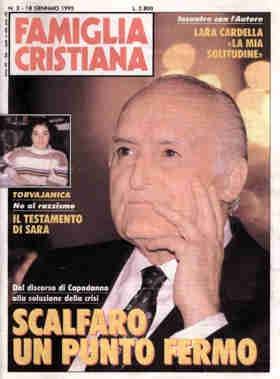 The architect Pietro Laureano made an amazing discovery: the “gardens” that bloom in the desert are not a miracle of nature, they are man’s work.

Whoever has built a crib has probably drawn his oasis: a small palm of cedar and velvet, a pond for the plastic camel and the Magi Rès that will pass there to enjoy the long journey to Bethlehem. Those who have done it will also use the imagination to tell about the children of those scented gardens that, as a free gift of nature, flourish almost miraculously throughout the East in Palestine as in the heart of the Sahara. The whole is according to the most common iconographic image. The reality is, however, more complicated and infinitely more fascinating. It was explained to Turin Literary Friday (appointments that are repeated on Saturdays in Florence and then in Milan, Rome and Bari) Pietro Laureano, a young architect of Matera. Starting from the study of the oasis phenomenon, many years later, he discovered the same structures he had been studying in Africa, right in his hometown, among those stones for which he invokes UNESCO protection. A fascinating itinerary that he told in a book titled Stone Gardens, published by Bollati Boringhieri. In that cultural path, he understood that oases are not a random gift of nature, but a fantastic architectural and engineering work that can even date up to 6,000 BC. To re-evaluate these Neolithic engineers, from Yemen to Jordan, from Algeria to Lucania, to Sardinia, and to rediscover the technological secrets of their extraordinary finds. Laureate devoted his life and struggles against the most vulgar and foolish building speculations.

The occasion came after his graduation in Florence, when the Algerian government invited a group of architects from that prestigious school to draft the city plan of Oran.
Our friend grasps the flight stinks of building speculation, writes a counterpart and resigns. “I had started to build a city as we have Westerners in mind, but once we met the desert magic, something had happened to me and from the desert I had started a fabulous discovery itinerary that changed my life”.

Somehow the Algerian government believes it, trusts it and calls it immediately to draft a regulatory plan for the Bechar city-oasis that the French had disfigured with the usual barracks without worrying about the obvious problem of ‘ Acqa and resources. “It was a monstrous city, but it was just a few hundred meters away from the last building to
To find all the charm of the desert. “Laureano rejects the solution proposed by the Algerian authorities, who have in mind the usual concrete dam that drains the water from the floods to the city. Seized in his beauty the se-
Grunts with which the desert has been made livable by genius men who lived better years before us, and those secrets want to reward them and bring them back to the light. He wants to prevent the indigenous people from being called into town to build the dam to steal water with their own hands and find themselves poor and unemployed at closed yards. He decides to help them rediscover ancestral hydraulic techniques and break the infernal group of wild urbanization that is choking the Third World. To make us pass oasis in oasis, speaking French and one
A bit of Arabic encourages this proud people to find their reasons for survival.

They’re genial in finding hydraulic engineering. In the Sahara it rains and can also rain violently, but there is no absorption in the soil as there is no humus, but only sand and rock. “Yet in this framework of total aridity, oases that are not just the palms of our iconography, but crude land constructions, palaces, forts, caves, and especially fabulous underground water systems, arise.” They graduate now
Has more doubts: the oasis is not one
Random nature gift,
But it is man’s work for
man. The absolutely brilliant work of the first hydraulic engineers in history. It manages to spread this viewpoint among the local populations and the reception is enthusiastic.

In Timimoun’s oasis, with the help of the indigenous, he succeeds in bringing to light a fabulous system of underground cisterns. He even conquers the French, who believe they are the only authorized to speak of Algeria, even UNESCO architects, who invite him for a report on the subject in which he outlines his thesis in front of world culture. “The response of the cultural world is extraordinary, go
Beyond my expectations. Many archaeologists, reading of my work, can interpret ancient mysteries, that is, archaeological situations, generally the remains of the Neolithic, which they had encountered in the most disparate countries, from Sardinia to Great Britain, and that they had never understood. “All with enchanted The oasis is always in a depression where moisture can condense, ad hoc stones gather and convey the waters to depression, through the tunnel from the right slope , With ventilation holes and systems that aid water condensation, which in the desert is favored by the remarkable thermal excursion that exists between day and night. These tunnels in the Sahara are called foggarà, not
They are wells, they do not go deep, they do not deplete anything, they pick up what would be dispersed (you get to pick up in a night 5
Liters of water for an area of ​​20 square meters). The foggia is conveyed under the houses and the caves, and it is also a system of housing conditioning, and ends in a sort of delimited pit that, so skillfully powered, becomes the garden where the palm tree grows, the Phoenix dactylifera, which It needs very little water, but is able to establish a virtuous biological circuit I know. It creates shade, humus and some moisture as the water evaporates through the palm, which attracts insects and produces dates that represent a source of essential nutrition in the desert. “Around the growing aromatic herbs, medicinal flowers and fruits, the biblical idea of ​​the Garden of Eden is born,” says our urbanist.

The Queen calls him
In Jordan

Garden of Eden: one
Ecosystem in harmony with the environment, which uses the resources of this environment in
Positive way and defends it,
“From desert we must
Pre-defend, because the de-serto easily recreates the whole basin of the Mediterranean has a history of continuous desertification. The wind and the sun, temperature differences dismantle the soils, bare rocks, break them apart. The oasis creates the reverse circuit. Among other things, the trees dampen the wind carrying abrasive silicon that destroys it
rock”

The theory of Laureano the oasis is not a product of nature! – makes the way and increases the feedback. Mexico rediscovers similar desert-like defense systems that the Jesuits had brought to their own Andalusia in the 18th century and now want to re-evaluate them; The South Yemen government and Jordan’s queen, the learned wife of Hussein, are demanding the collaboration of architect Laureano, who has in the meantime been appointed an expert on UNESCO. In Yemen it is about to retrieve the oasis of Shibamnella valley of the Hadramout.
We are on the legendary path of the incense and the myrrh (still the Rè Magi!). There are still the trees of incense and are cultivated in fantastic gardens preserved on terraces between houses and palaces of raw earth. More than palaces are towers, castles, fortresses, fabulous architectures that the government, at the suggestion of the French, wants to protect it from the floodplains with a reinforced concrete dam. And once again they fight a dam, discover that those archaic engineers had built up a much wider diversion system. When the floods arrive, they find a whole series of channels that point to craters, funnels, all dug around Shibam to absorb the water with which to keep the gardens. “The most brilliant find of Shibam’s oasis is the cabinet, designed to separate the organic solid waste from the liquid source at the source. A free fall pipe underneath the cabinet ends with a basket full of straw that is then Collection at op-portions intervals to be carried in the gardens to fertilize and produce the food needed to the population. A self-sufficient ecosystem and perfectly in harmony with the environment! “.

Called Petra by the queen, after a crowd had overwhelmed some tourists, the architect started again with the same patient perspective as rediscovering the structures of the past. And even Petra refuses to build dams. He finds that around the legendary agglomeration had cleared the waders. Rivers of desen not seen, but they are a hydraulic system based on underground flows and surface condensation phenomena. Already Pliny spoke of Petra as a place of fountains. Where did the water come from? From places
High quoted from the Bible. On top of the mountains the rocks were carved by the man to collect the water, which was then conveyed by the foggard. At PetraLaureano, it rediscovers the underground catch and reveals the entire canyoning of the famous canyon. “The great monuments that can be seen at Petra and which have been interpreted as tombs are often monuments with fountains, water monuments, Petra was a city of monuments and gardens, and I have proposed to UNESCO that the archeology of the Gardens, to bring back the tree that was part of the life of this city. “

Eventually its long itinerary embracing the Mediterranean brings back the architect in his city, Matera. “The northernmost city of the
Africa, “he jokes,” it is not a trivial definition, much less subtle. On the contrary, it is based on very specific cultural backgrounds: bronze age tombs similar to the enigmatic Sahara solar monuments, typical water collection systems The arid areas, the frescoes and rock caves, the caves deeply dug into the walls of the Gravina canyon, the tuff houses that extend the underground environments and overlap, so the roofs of the houses are terraces and gardens for the one above. He lives in Matera in a house in the Sassi. He wants to explore the millennial relationship of humanity with this environment: the Matera ecosystem.

Architect, a conclusion? “The Sassi begin to talk, they tell me a story of gardens, water, sun and wind that has
Gave birth to a living system created in the same geological matter, in the tuff along the slopes of a valley. It could be the city of
Thousand and One Night, or it might have been written by Calvin in its invisible Cities: instead it is the fruit of a mix of history, skill
Artistic, popular wisdom, engineering fantasy. The oldest finds in flint here date back to 400,000 years. An older story
Of the history of man. “

Photos of this service are
Arch. Pietro Laureano. 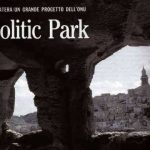 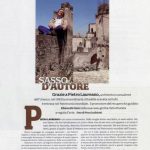