On June 26, 2017 at the “Vie Nuove” circle the public assembly on “Le Gualchiere di Remole, fortune and destiny of Florence

The participation of a variegated, passionate and qualified public was great, which in its interventions showed great sensitivity and competence but also a lot of concern for the fate of the Gualchiere di Remole a few hours after the deadline of the announcement.

The speakers stressed that “the historical-cultural-identity and economic importance of the asset constitutes a wealth and not a problem that the Municipality of Florence has tried to solve by putting the highest bidder at auction for 2.2 million”.
In particular, Franco Cardini highlighted the inestimable value of the factory which represents 700 years of history closely linked to the fortunes of Florence; “its value cannot be traced back to a commercial price; the asset must remain in the sphere of the entire community and therefore, to be reserved for the public sphere”.

Guido Vannini said that we are not facing a monument but to “a cultural ecosystem which was also referred to by the French scholar of civilizations and long-term changes, Fernand Braudel. Visiting the Gualchiere sull’Arno in the 1980s, he called them “the most important pre-industrial settlement in Europe”. Leonardo Rombai, in dealing with the most contemporary theme assigned to him “Gualchiere di Remole: 700 years of history, 50 years of projects and 1 month to sell them”, has retraced the past decades by listing the various projects, never considered, developed by the Municipality of Florence and other subjects.
Pietro Laureano as president of ICOMOS (UNESCO) indicated the possible ways of recovering such a good with projects, already successfully tested in other parts of the world, creating development and wealth for local communities.

In Skype connection from London Michael Carrington, a member of the Maria Nobrega Foundation who finances in agreement with Unesco, projects that aim to promote sustainable regeneration, referred to the letter from the Mayor Dario Nardella to the Prince of Wales confirming the Prince’s concern Carlo in person for the creation of a “task force” dedicated to finding a suitable recovery solution together with the interested municipalities. “Carrington’s all-British perseverance in continuing to believe that Mayor Nardella respects what he wrote to the Prince appeared to the assembly a paradox in open contrast to the auction notice issued, making legitimate the request from several parties wishing to cancel the entire proceeding“so the “Vie Nuove” group, which, by virtue of the requests that emerged from the Conference, agreed to continue the awareness-raising, aggregation and action process that will continue regardless of the outcome of the announcement. 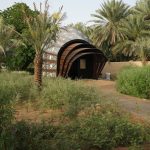