The archaeological discoveries made by the French Research Centre Group for Ethiopian Studies directed by François Xavier, confirm the new historical vision and urban development of Lalibela put forward by architect Pietro Laureano, the coordinator of the group to whom UNESCO and the World Monuments Fund have assigned the restoration and conservation of Lalibela.

Lalibela is one of the most remarkable hypogean monuments in the world. It is universally celebrated for its highly decorated monolithic churches hewn out of basaltic rock. The most imposing monuments date back to the 12th-13th C. when King Lalibela, from whom the city took its name, wanted it hewn out of the rock in the image of a Celestial Jerusalem.

It was hitherto unclear how the realization of such vast hypogean systems could take place within such a short period of time, thus religious tradition came to attribute such feat to divine intervention.

The majority of scholars had settled on this hypothesis chiefly for the fact that the local Coptic Church had discouraged any archaeological enquiry. Through a comparative study of rock hewn typologies, the analyses of drainage systems and water catchment, Pietro Laureano has reconstructed a long term history of the city of Lalibela, from the remotest troglodyte past through the hypogean period to the Axummite and the medieval works which largely consist of the re working of earlier structures. The Ethiopian Ministry of Cultural Heritage has authorized archaeological surveys and the discovery of walls and megalithic fortifications have given ground to the hypothesis The new acquisitions have been presented during the meeting held in Lalibela, Ethiopia, on May 22-25, 2009 by UNESCO end the Ethiopian Ministry of Culture, to which have participated International experts, archaeologists, and directors of cultural services from all over Ethiopia. This new vision carries such a great historical and cultural interest that the BBC has immediately produced a special documentary service on the subject. Furthermore, the discovery carries a great importance with respect to the conservation aims pursued by UNESCO and the WMF. Architect Laureano declared that : the monuments of Lalibela constitute not only the visible part of a complex system, both architectural and environmental, to which they are closely connected. The network of trenches, dainages, canals and sunken courts, where the churches of Lalibela are found, constitute a whole which only if confronted in its totality will enable to respond to its deterioration factors. The knowledge in hydraulics andsoil protection piu into operation at the time of Lalibela are today fundamental in the fight against desertification, and also for the restoration of the site, in the context of an integrated approachaimed at the recovery of the entire historical city with its accesses, dwellings, cisterns, terraces and gardens. The same approach to a whole ecosystem had been born in mind by Pietro Laureano in the study for the UNESCO inscription of the famous Sassi di Matera whose prehistoric and rupestrian structures have provided crucial elements for comparison and for understanding of Lalibela’s past history. Pietro Laureano will present a preliminary talk on this research which he will give at Bari on May 28th at the opening of a World Conference of the International Water Association and on May 30th he will lead an international group of experts to visit the hydraulic structures of the Sassi di Matera. The study drafted for UNESCO and the WMF may be seen on the IPOGEA 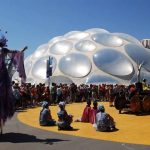 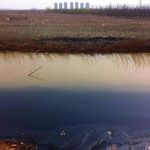