Kunming, China. Appeal of Pietro Laureano at the XVI Congress of the World Union of Anthropologists against the exodus from historical centers and the destruction of nomadic and Oasian cultures

4,000 anthropologists from around the world gathered in Kunming, western China from July 27 to 31 to discuss humanity, development and cultural diversity. In the scientific session organized by Professor Yoshiito Shimada of the University of Nagoya in Japan, Pietro Laureano, director of IPOGEA International Center of Traditional Knowledge, presented a report on traditional techniques of water management in arid Afro-Eurasian areas. The study session highlighted how the traditional knowledge of the peoples who had to face water scarcity and aridity constitute an extraordinary reservoir of technical solutions and knowledge useful to face global warming and desertification processes. This knowledge has shown their style in different areas of the world as in China where traditional techniques of artificial dune creation are used to block the silting up of entire villages; in Nepal, where the construction of stone walls contrasts the melting of glaciers; in Ethiopia, with the use of drainages and rainwater systems to cope with drought; in the Algerian Sahara, with the restoration of the Foggaras’ which allow water to be produced in the most arid desert using underground condensation microflowes; in Mediterranean countries with the revival of dry stone walls to block slope erosion and hydrogeological instability.

This knowledge is endangered by the destruction of local cultures due to forced migration and exodus caused by imposed development models. In China every year 10,000,000 people leave nomadic and rural environments to feed a hypertrophied urban growth. The Panel launched a special appeal against the use of archaeological themes and development imperatives to motivate the forced exodus of populations. In fact, despite the emblematic lessons of Petra in Jordan and of Matera in southern Italy, policies of forced transfer of populations from historical places carrying traditional knowledge to environmental protection continue throughout the world. Kashagar and the villages threatened by the Three Gorges Dam in China as well as Gurma in Egypt, razed to make room for archaeological research, are the emblematic situations of more recent events.

But the development policies of the historic city of Lalibela in Ethiopia are of great concern, and the spread of monumental restoration projects and the archaeological preservation costly, heavy and not manageable locally such as the roofs of the Megalithic temples of Malta and the ancient Theater of Cyprus.

The Panel intends to turn to UNESCO to carry out an ethical map for the intervention on the monuments around these sites and places that places knowledge and rights of local populations in the first place.

Kunming, China. Appeal of Pietro Laureano at the XVI Congress of the World Union of Anthropologists against the exodus from historical centers and the destruction of nomadic and Oasian cultures2011-05-272019-03-28https://www.ipogea.org/wp-content/uploads/2018/08/ipogea-logo-n-pan.pngIPOGEAhttps://ipogea.org/wp-content/uploads/2017/07/Cina-3-00026.jpg200px200px
Recent Posts
ABOUT US 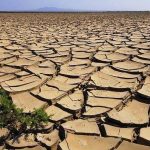 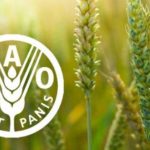